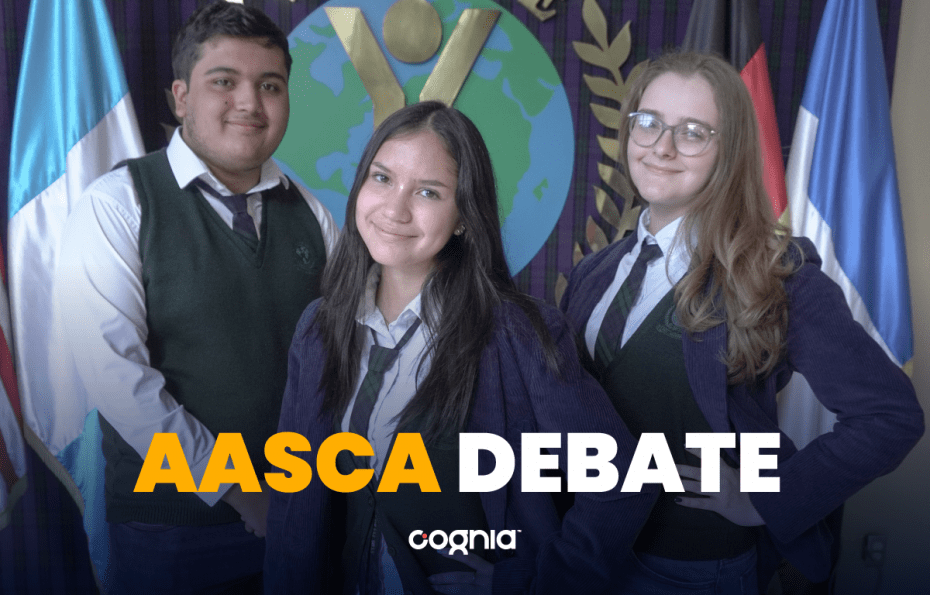 One of the most successful Clubs that we have in High School is the one for Debate. This year,  students have been preparing and practicing for the coveted spots of the debate Varsity and Junior Varsity teams that will represent our school in the first AASCA Debate Tournament. This tournament, which will be hosted by VIllage School, will take place from January 19 to January 22 of 2022.

The club started in August, meeting every Monday. Students have been learning and practicing topics such as research, note taking, outlining, argumentation, persuasive speeches, and body language.  As students learned all these topics, they were also being trained on the World Schools Debate Championship (WSDC) format, not only by our coaches, but also by experts who were invited to train our students.

In September, our students had the great opportunity to apply everything they had learned in the club when they competed in the Tournament organized by the UFM.  5 teams from Village School competed in the English category with the winning team being the one formed by Andrea Naranjo, Isabel Fernández, and Ricardo Palma.  In that same tournament, Martín Cordero got a special recognition as the best speaker.

During October and November, our students continued learning and practicing with the goal of securing a spot in one of the AASCA Debate Tournament teams.  Tryouts were held from November 5th to 8th and students with the highest speaker points were selected to  represent Village School  in the AASCA Debate tournament. Our congratulations to all students in the Debate club for their hard work. Special thanks to our teachers who coached and supported our students during these months: Lisa Crain, Eduardo Rodriguez and Laura Rosas, congratulations to each and every student who is now a member of the debate teams.

We wish our teams the best of luck in the AASCA Debate Tournament!